BELCAR NV was named one of 9 National Winners from 64 businesses representing the Ones to Watch in Belgium at an exclusive event held at the British Residence in Brussels for The European Business Awards, Europe’s largest business competition, sponsored by RSM. BELCAR NV was chosen by a panel of independent judges including senior business leaders, politicians and academics as the best in their country in the Awards’ category of The Business of the Year Award with Turnover of €26-150m, and they will now go on to represent their country in this category in the final stage of the competition.

Business development manager at Belcar, Mr. David Andries, said: “We are honoured in receiving this very important award. Belcar and Beerens Group are known for its flexibility, entrepreneurship and overall willingness to take risk in existing and new business opportunities. With this mind-set we continue to amaze our existing and new customers and partners. We embrace new initiatives and changes in the fast growing/evolving market of mobility. This automatically attracts the latest technologies and trends, which inspires our staff and customers. These teams deserve all the credit for the wonderful achievement of receiving this Award."

British Ambassador, Ms. Alison Rose said “It is with great pleasure that I am hosting the European Business Awards here at the British Residence in Brussels for the third time. This is an invaluable opportunity to celebrate the success of companies from Belgium, the Netherlands and Luxembourg and to recognise their contribution to creating jobs and opportunities in the Benelux and for driving prosperity both in the region and internationally. Britain is committed to remaining open to companies looking to invest in and trade with the UK and we will always welcome the new ideas, innovation and progress brought to our economy by companies such as those selected this evening as National Winners. The British Embassy and the UK Department for International Trade look forward to supporting all companies on the Ones to Watch List with their UK growth plans as they continue to expand.”

The National Winners from each country will face further judging in their chosen category, and the final Category Winners will be announced at the European Business Awards Gala Final in Warsaw, Poland on 23rd May 2018. The European Business Awards is now in its 11th year and its primary purpose is to support the development of a stronger and more successful business community throughout Europe. Last year it engaged with over 33,000 businesses from 34 countries. 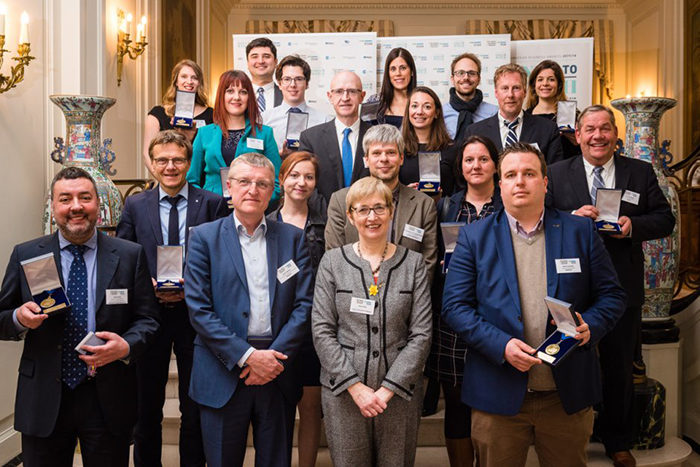 ABOUT the European Business Awards www.businessawardseurope.com

RSM is the sixth largest network of independent audit, tax and consulting firms, encompassing over 120 countries, 800 offices and more than 43,000 people internationally. The network’s total fee income is US$5.1 billion.